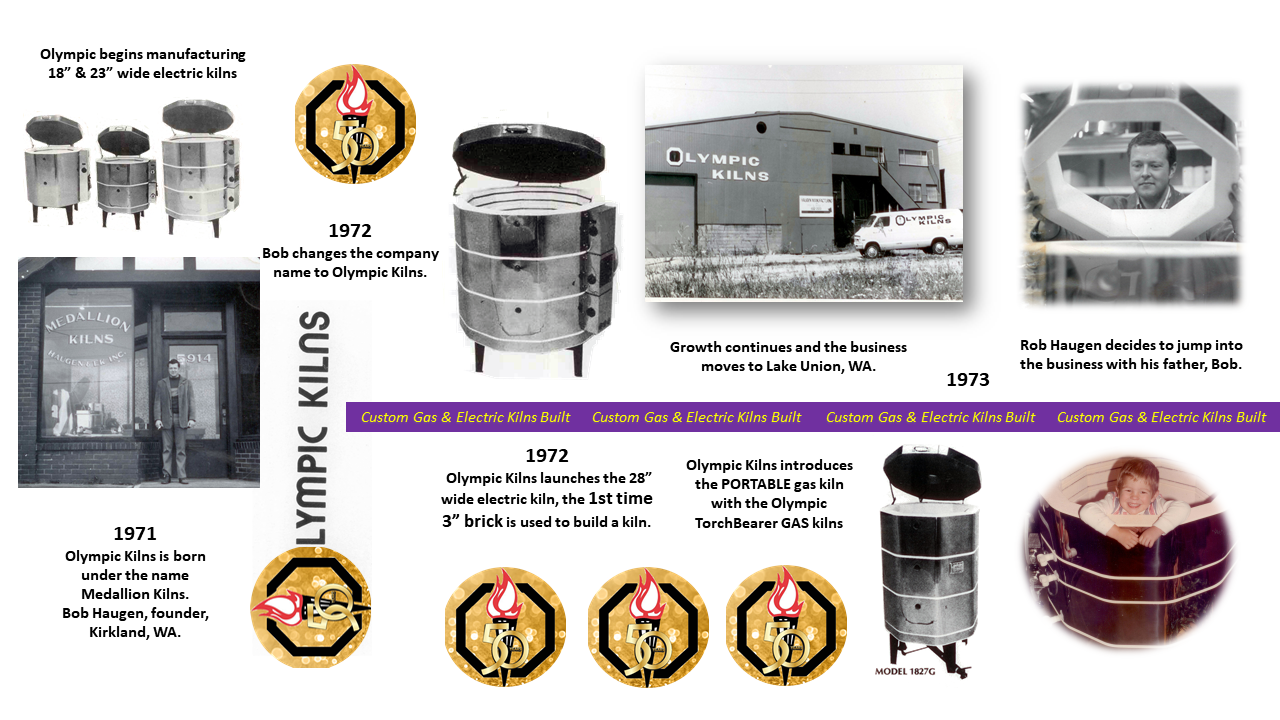 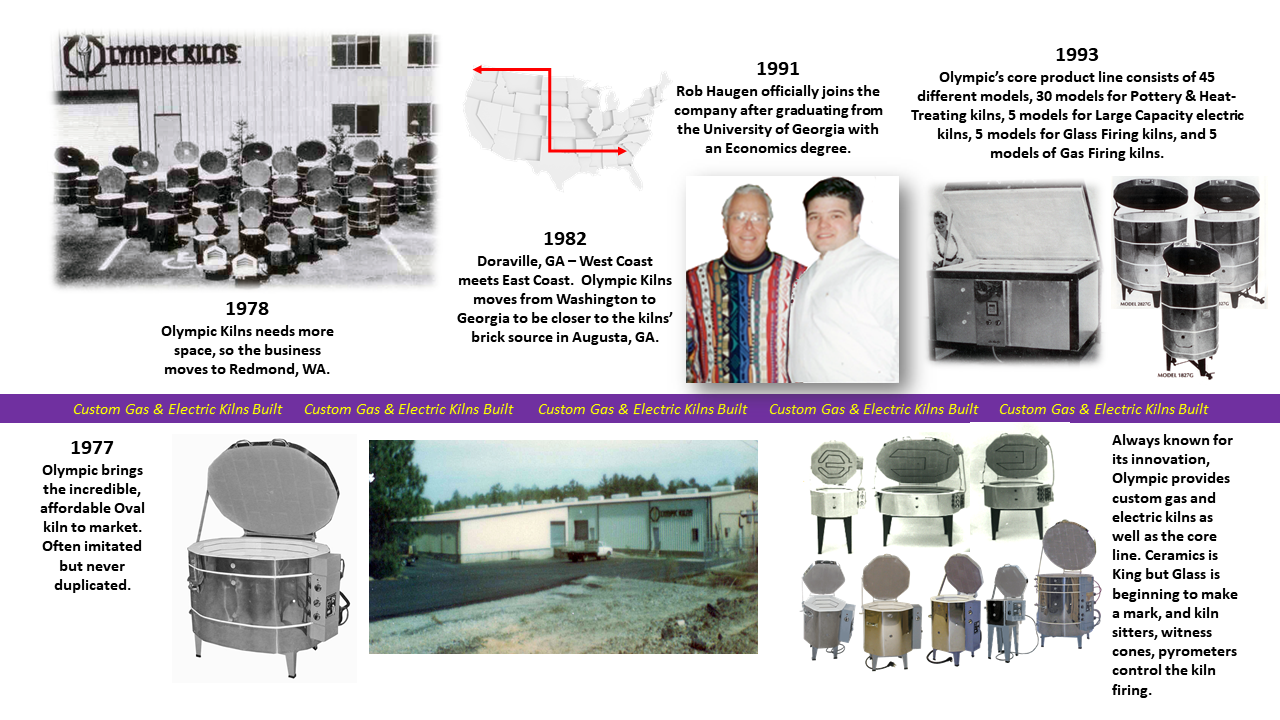 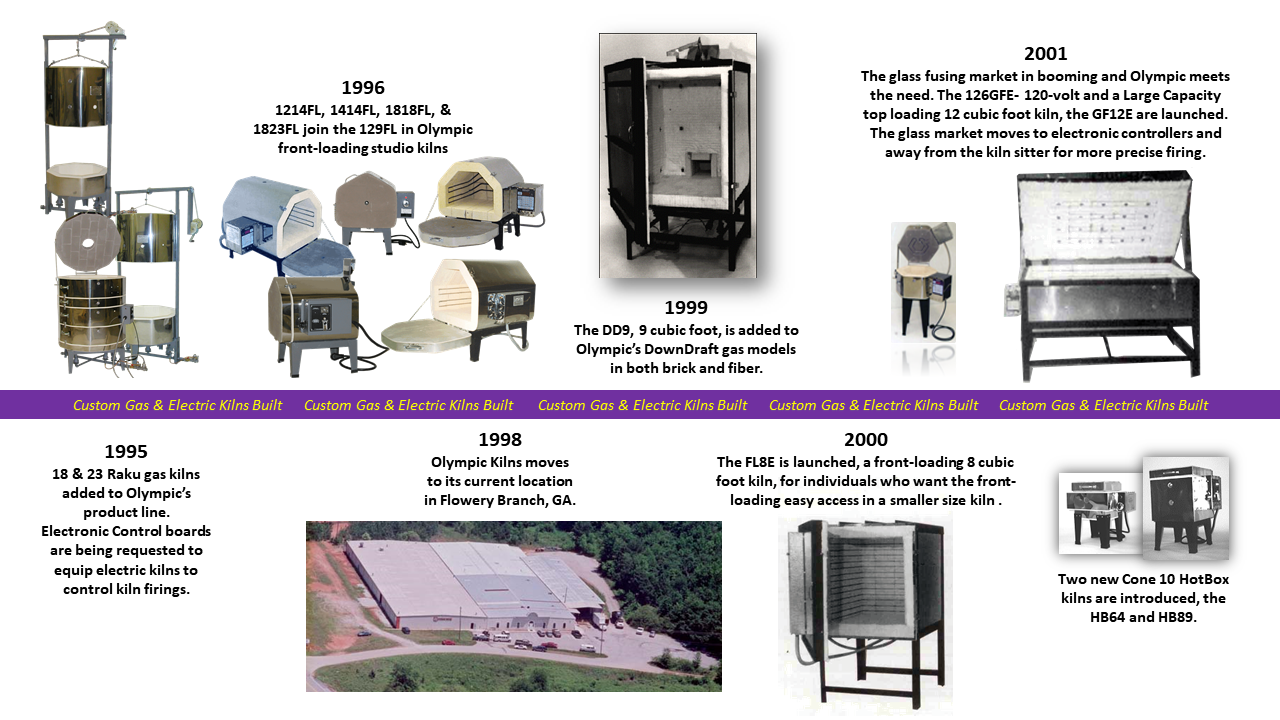 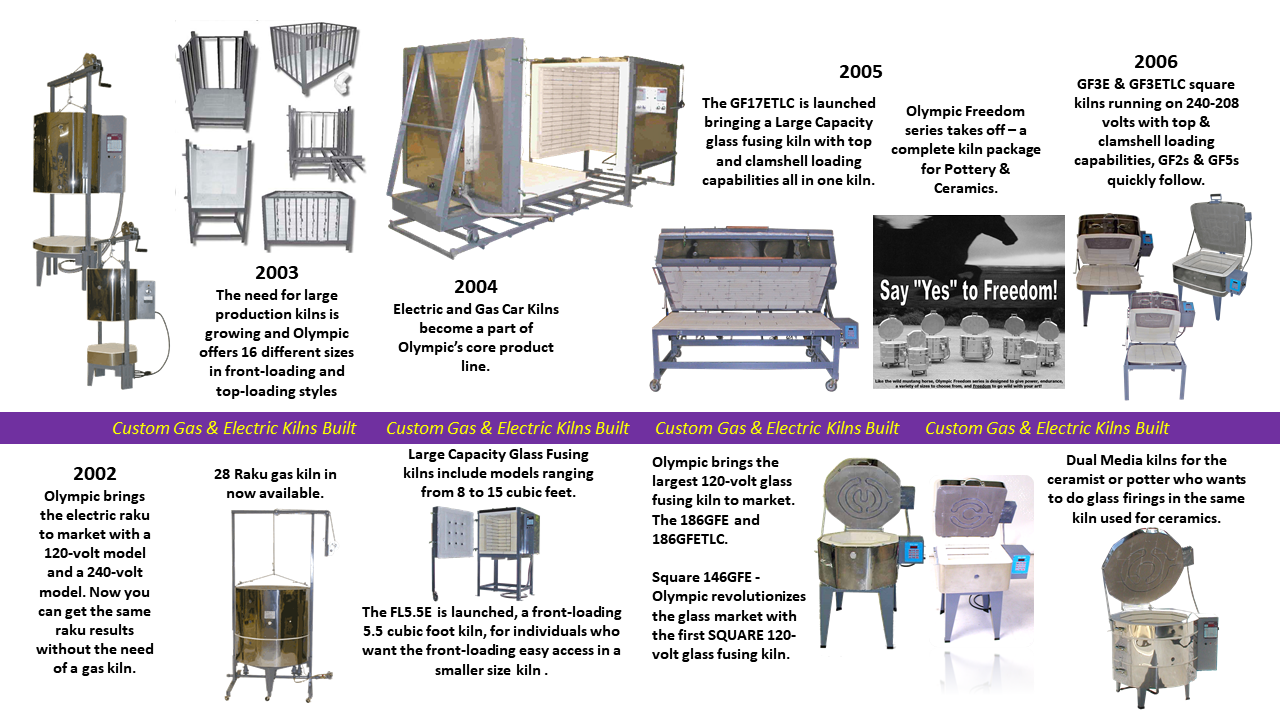 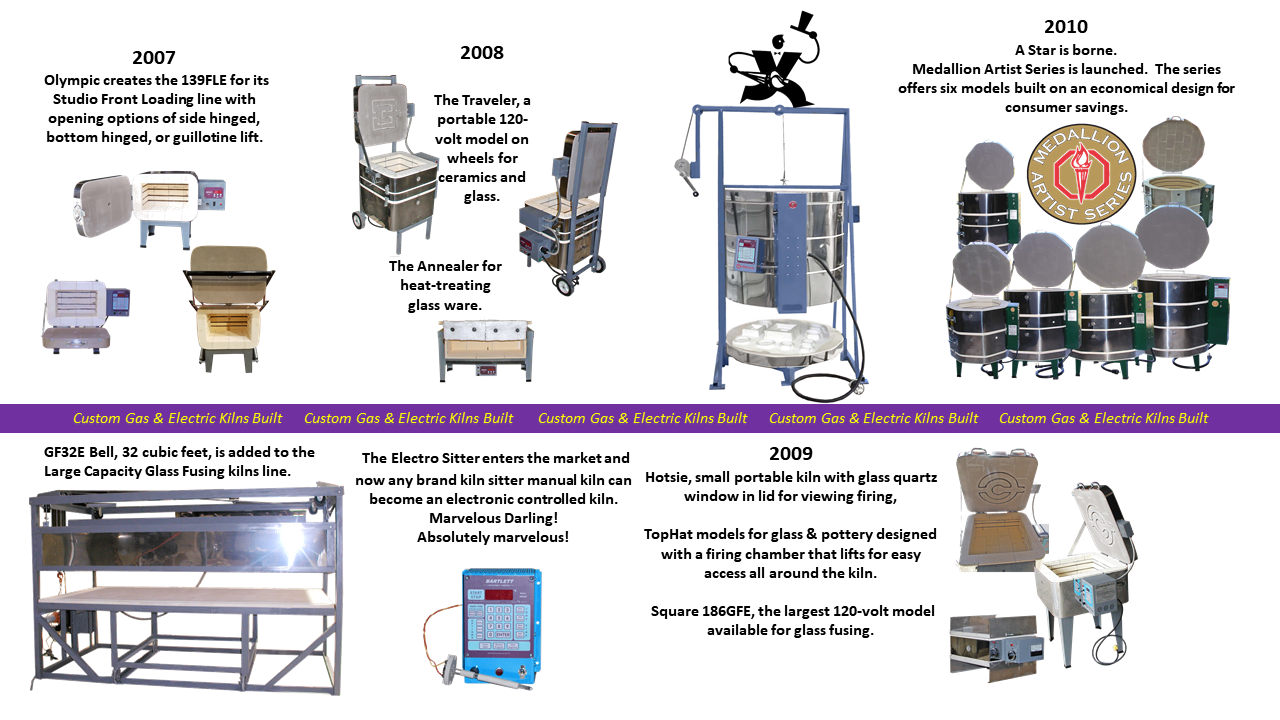 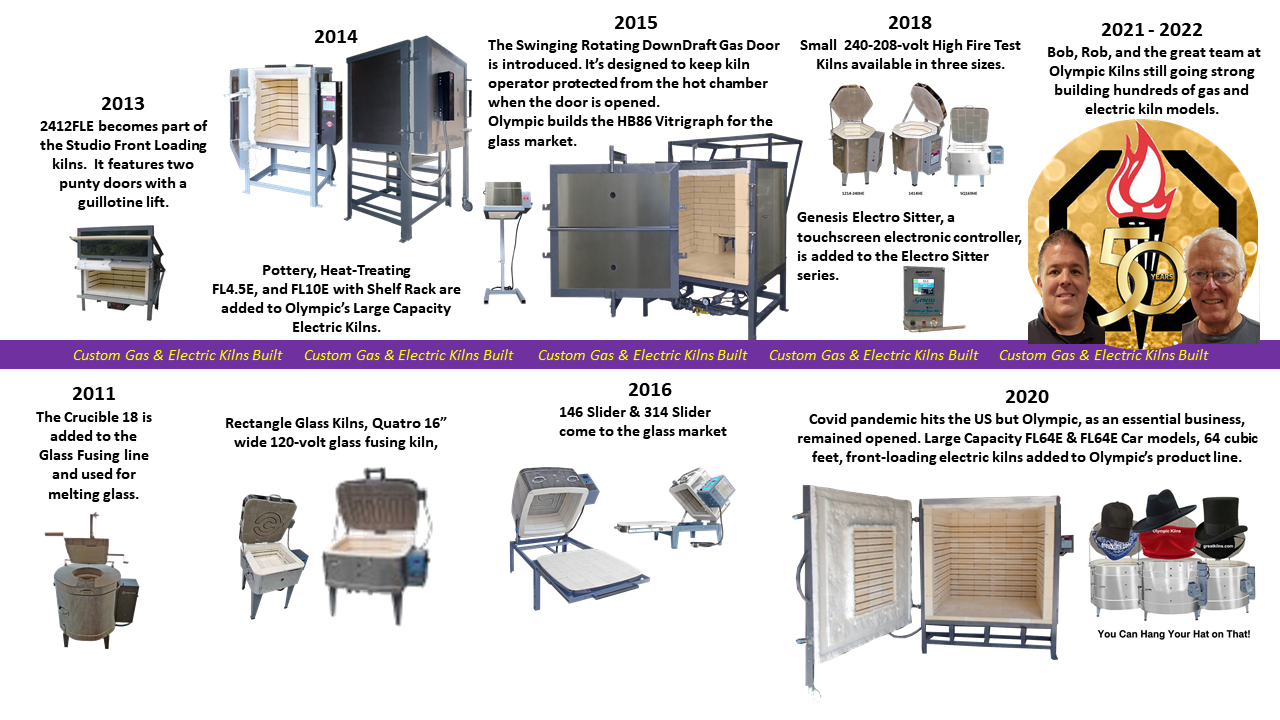 Olympic Kilns was started in 1972 in Seattle, Washington by Bob Haugen.

The company grew rapidly with many innovative designs both in gas and electric kilns.

Olympic Kilns moved to a new facility in Redmond, Washington in 1977 followed by a move in 1982 to Atlanta, Georgia to be closer to materials and markets. Rob Haugen joined the company in 1991 continuing the family line in the business.

Growth in Atlanta necessitated a move in 1997 to a 70,000 square foot factory in Flowery Branch, Georgia where the company still resides.

Known for its innovation and willingness to accept a challenge, Olympic has provided numerous custom electric and gas kilns with some of the custom kilns becoming a part of the standard line. Much has happened over the years with kilns for pottery, ceramics, glass art, knife making, diesel particulate filters, and more. Olympic expanded by developing a commercial line of large capacity kilns for industry, manufacturing, research, and scientific endeavors. Customers include Kohler, Space-X, NASA, Harshaw Chemicals, and the U.S. Air Force to name a few.

Olympic celebrates fifty years of building kilns in 2022! Building kilns has always been about you the customer and what you need. Bob, Rob, and the talented team at Olympic Kilns are still going strong building hundreds of gas and electric kiln models.

We celebrate our customers these fifty years! We are optimistic about the future meeting the demand for Olympic’s product line and custom-built gas and electric kilns.

We love showing off the many beautiful things people create and fire in their Olympic Kilns!